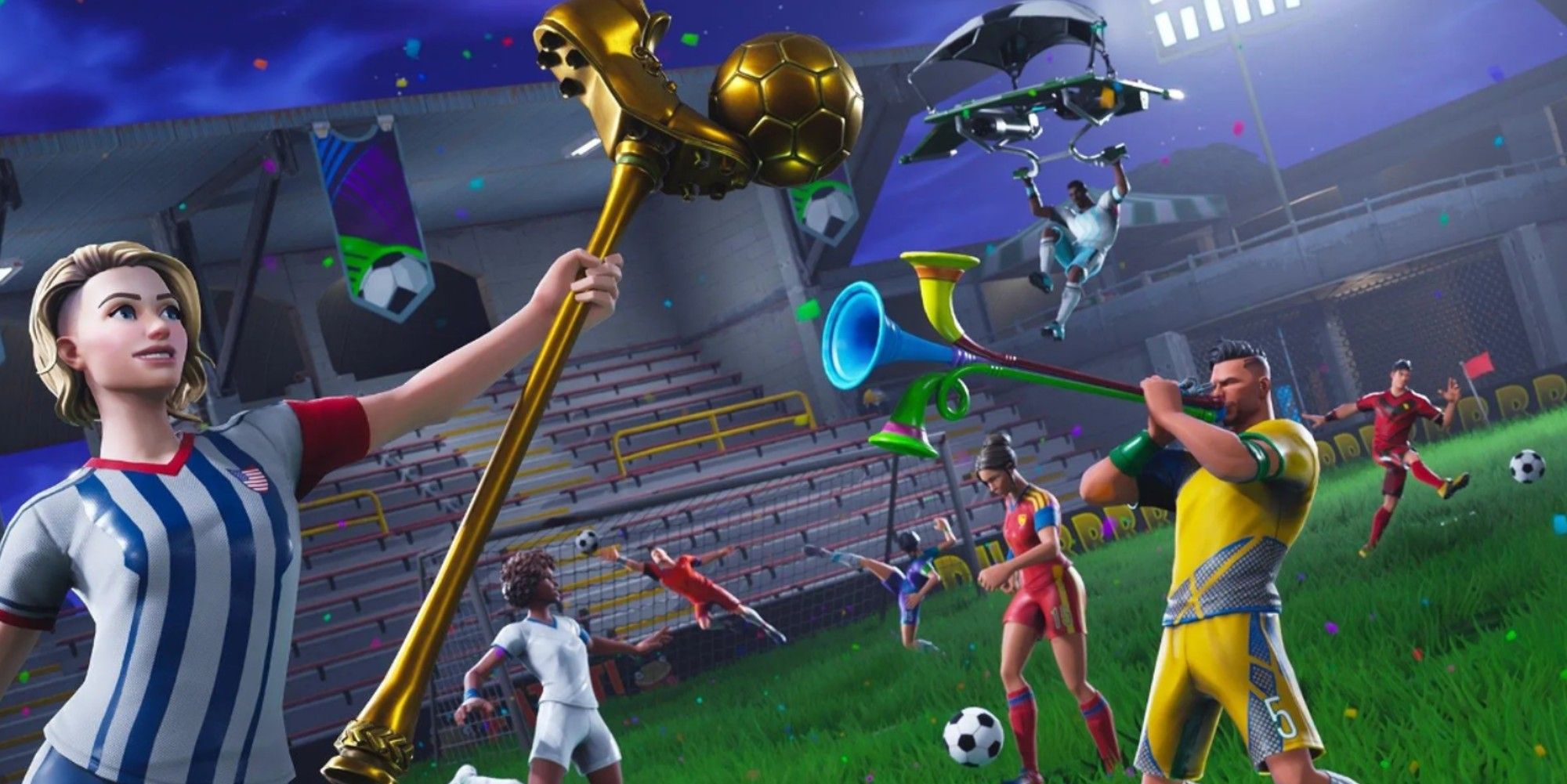 The World Cup may be heading to Qatar and The Loop.

Season 4 of Fortnite, Chapter 3, kicked off last weekend, ushering in a paradise-themed season during which the island will slowly be covered in chrome. A new season means new files for the game’s data miners to dig into, and one of the new discoveries may have hinted at the World Cup coming to Fortnite later this year.

No, not the Fortnite World Cup, the soccer one. The World Cup in Qatar starts in November and is being held later in the year than usual due to the conditions players would have to compete in if the tournament were to be held in the summer. As for Fortnite’s involvement, Wensoing revealed challenges with the World Cup tag attached to the game files.

RELATED: Fortnite’s New Mechanic Is Just A Bootleg Splatoon And I Kinda Love It

Hypex has since shared the information, hinting that the timing of the challenge could mean some kind of FIFA World Cup x Fortnite collaboration in the works. It would potentially be a huge deal for both parties, so a team would certainly make sense. The World Cup drives more people to play Fortnite, and convinces people who play Fortnite to pick up a match or two.

The only bad news for anyone excited about this possibility right now is that the connection is weaker than its leakers first thought. Hypex has since followed up on their original tweet, clarifying that the source indicated that this will be a regular soccer crossover and not one officially connected to the World Cup. Strange given the challenges that have the World Cup tag and will probably be available when the tournament is in full swing.

Although Fortnite has never officially teamed up with FIFA in the past, many footballers have already added their likenesses to the game. Both Neymar and Harry Kane have been immortalized in The Loop, and both will compete in the World Cup later this year. As for confirmed crossovers, you can currently enter a virtual version of The Tonight Show via Fortnite Creative.

NEXT UP: TheGamer’s Review Guide