Amazon’s Fire devices are often among the best in the Android tablet space, offering decent power and quality screens for media consumption at a very low price.

The company’s latest Fire HD 8 tablets are no exception. The base model retails for a reasonable $99.99 ($10 more than the previous iteration), has a 30% faster processor than the last model, and runs for up to 13 hours on a single charge. Amazon has also updated the more powerful Fire HD 8 Plus model ($119.99), which offers even more improvements.

You get the same 8-inch HD display on both tablets. Amazon hasn’t revealed the resolution of either, but we expect it to be the same as previous models (1280 x 800 pixels). Amazon says the devices are thinner and lighter than before, but we still haven’t been able to confirm how much smaller they are than older iterations.

Both the Fire HD 8 and HD 8 Plus now have an improved hexa-core processor, although the company doesn’t specify which one. For reference, older models used a quad-core chip. Amazon hasn’t bumped up the base model’s 2GB of RAM, but the higher-end variant benefits from an upgrade to 3GB of RAM. That extra memory should help it switch between apps and multitask more easily. 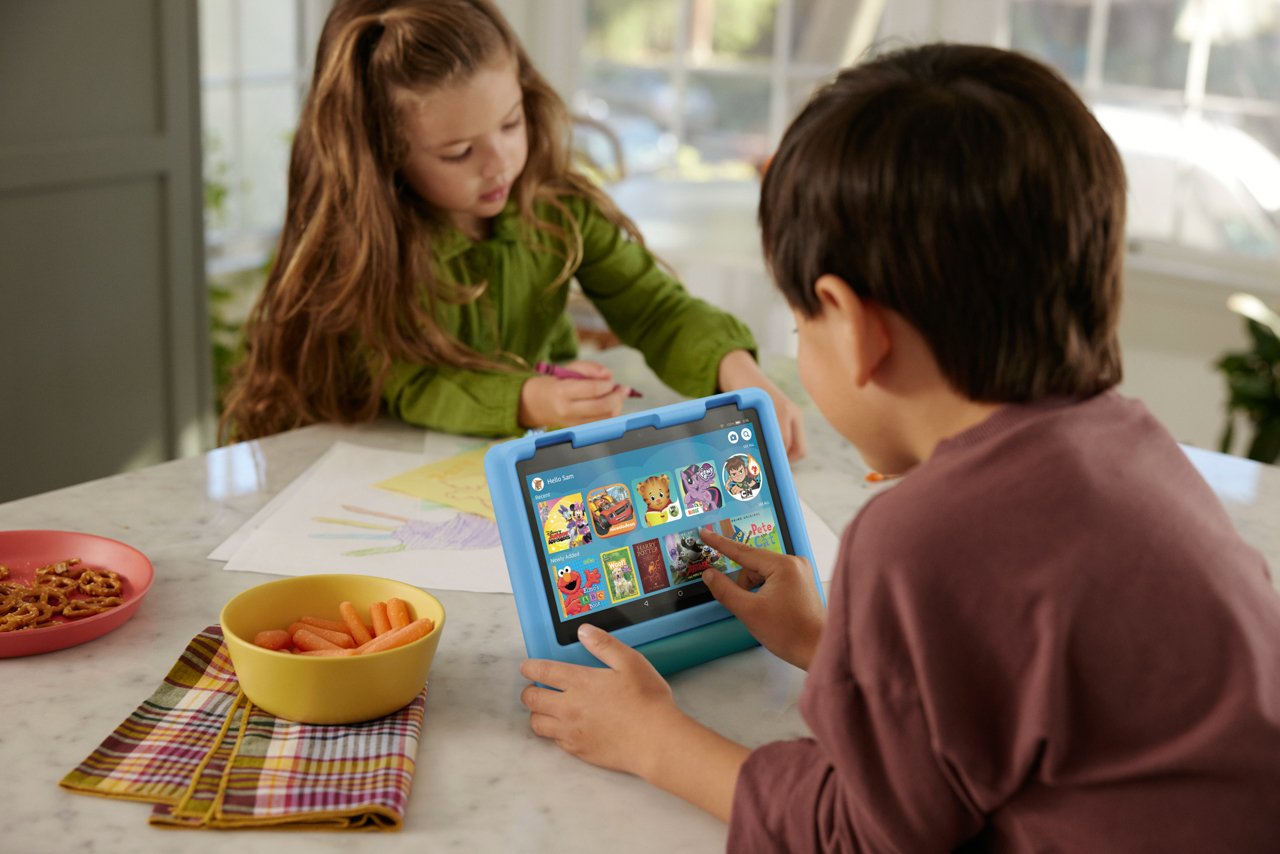 Both tablets are available in 32GB and 64GB configurations, with support for up to 1TB of additional memory via microSD cards. The Fire HD 8 is available in black, denim or pink, while the Fire HD 8 Plus comes in gray with holes.

Recommended by our editors

Amazon also introduced the Fire HD 8 Kids (for ages three to seven) and Fire Kids Pro (for ages six to 12), which respectively have the same hardware as the HD 8 and HD 8 Plus tablets. Kids’ models are more expensive (starting at $149.99), but they support kid-friendly features, include a protective case, unlock Amazon Kids+ access, and come with a two-year warranty.

All new tablets are available for pre-order now and will ship in October. We’ll be putting them to the test, so be sure to check out our full reviews.

Get our best stories!

Sign up for What’s new now to have our most important stories delivered to your inbox every morning.

This newsletter may contain advertising, offers or affiliate links. Subscription to the newsletter means that you agree with ours Terms of use and Privacy Policy. You can unsubscribe from the newsletter at any time.